Celebrating the 20th Anniversary of Nintendo 64

It seems like ages ago when Nintendo 64 (N64) first came out in 1996. Named after the 64-bit central processing unit, it was Nintendo’s third home video game console, and the last of its kind to use a cartridge as the primary storage format. It was officially retired and discontinued in 2003, but this console was an iconic one that was the first of its kind that allowed for 4 players to play simultaneously as well as its three dimensional graphics and gameplay.

The Nintendo 64 was the first to feature both traditional game pad, analog stick and trigger button on the controller, which is now found in all current gaming consoles like the PS4 and XBox 360. The controller was also the first to have rumbling effects built in. With the analog stick, this was the first console to give gamers a first person shooter game. Previously, it only existed on computers with a mouse and keyboard. GoldenEye 007 easily because the first successful non-PC based shooter game.

Games like Super Mario 64 and Banjo Kazooie took game play to a whole new level with the ability to explore three dimensional worlds and influenced gaming technology forever. The N64 was named the 9th greatest video console of all time by IGN and Time Magazine (1996) named it the Machine of the Year. What made the Nintendo 64 the most memorable was definitely the amazing games that gamers could enjoy. Some of the most notable and top games that came out on this console include the following.

Mario Kart 64 was probably one of the best uses of split screen multiplayer competition and is one of the most iconic and beloved games on the N64.

Star Fox 64 was one of the most recognizable games when it came to adding the rumbling feature. This game was a fun space adventure with beloved characters. Except for Slippy.

Super Smash Bros, the game that started Nintendo’s fighting game franchise and is Nintendo’s best-selling series. This was many kids’ dreams of having their favourite video game characters to battle it out in combat. This is definitely one of the most popular games that is still played today (yes, today).

The Legend of Zelda: Ocarina of Time was remarkable and was the true definition of a journey. This action-adventure game was phenomenal at storytelling at set the bar high with a whole world to explore. A true classic.

Mario Tennis was one of the games that brought a big cast of characters together, including the return of Birdo, Daisy and Waluigi for exciting and intense matches like never before. The differences in play style for each character made for an addicting sports game.

Star Wars Rogue Squadron was every Star Wars fan’s dream, being able to fly an X-Wing through space and shooting down tie fighters, and being a T-47 airspeeder that deployed tow cables to take down the Imperial AT AT walkers. The force was strong with this game.

The Mario Party series was basically a library of board games put into a 3D game. This game was definitely one of the best group games with all the mini games, and the fact that a lot of luck played in, it made the playing field for players more even. Great game to enjoy with family and friends of all skill levels. 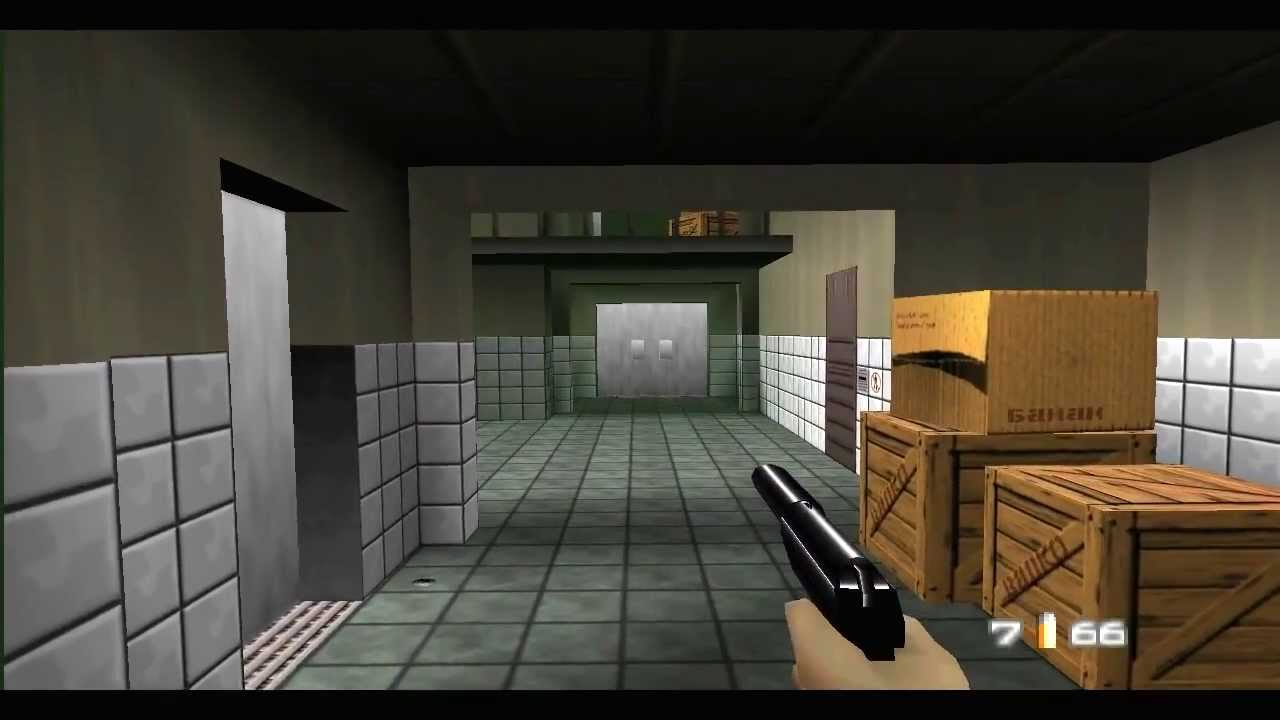 GoldenEye 007 was the first multiplayer first person shooter game ever and it paved the way for games like Halo and Call of Duty. This game definitely has to be on the top 5 list of every person that has ever owned a Nintendo 64.

Super Mario 64 was the original game released and the blueprint for all 3D third-person games after it. One of the most important games of all time, setting the pace for all games on this console.

Other fun and memorable games worth mentioning are Bomberman 64, F-Zero X, WWF No Mercy, Wave Race 64, and Perfect Dark.

ShareTweet
Previous Next
Steve Porter
If you think you know your movies, you better talk to Steve. His Blu-ray and DVD collection rivals that of some video stores and the number of Funko Pop! figures he has is growing by the day. When he’s not researching the latest tech trends, he’s searching for the next viral video to share. As a long-time subscriber to Loot Crate, Nerd Block, and Arcade Block, his knowledge and affection for video games is undeniable.